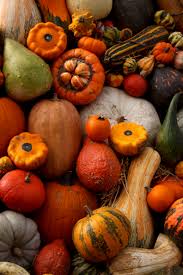 In our first year here we had a kitchen garden, and grew so many veggies during the summer that we couldn't possibly eat them all. However, we didn't have as much luck in our winter crops. Our autumn brassicas became an early winter snack for deer and rabbits after a tree fell taking out part of the fence. Our root veggies were sparing, and the peacocks made work of our winter greens. Needless to say, in late December here we are with almost no fresh vegetables. There is one crop, though, that is the king of self storage and will warm any cold winter day. Squash; and we've got plenty of them...from pumpkins to butternut to warty yellow squash to acorn. Any squash you've got will do, and will impress your foodie friends as you go from garden to bowl. They've been sitting on my dining table since October, when they were nice for Halloween, and through Thanksgiving. I grabbed one now and then for a jack-o-lantern or a thanksgiving pie...but other than that they served as decor.

Now, as I look around the kitchen for something to cook and realize that we're getting down to extreme basics, the pumpkins on the table begin to take on a new look: lunch. I chose a small, sweet Sugar Baby pumpkin, but any pumpkin or squash will make a good soup.

Cut it open and remove seeds and stringy material. Set seeds aside for roasting or re-planting if they are organic! Get the meat separated from the rind, you can peel it or scoop it out if you want to retain the pumpkin to use as a bowl. I usually cut it into small pieces and then peel it with a knife, because I find scooping exhausting. If you hate trying to get the rind off the meat, then cut the whole thing in half and put in uncovered face up on a cookie sheet. Bake until you can slide a knife through the meat easily, and the rind will just basically fall off.

I don't bother with baking, or using a steamer...I like to do it all in one pot. Fill about 1/4 of the pot with water, and then add enough pumpkin to fill it up to the lid. If it seems like too much water pour some out, or you can evaporate it out later. Place lid on pot and bring to a boil. Simmer, covered, until you can slide a butter knife through the pumpkin chunks (or if you already baked it then simmer until you can mash). Mash the pumpkin into oblivion; some people use a processor but I don't find in necessary, chunks are good. What you want is a generally smooth, soupy texture with some lumps and chunks.

Add one can of coconut milk, and a tablespoon of curry powder. Taste, and add curry powder, salt and pepper to your preference. Now, if the soup still feels watery let it simmer, uncovered, until it thickens. If it is too thick, add water! SO EASY! and very good with homemade bread.

Don't forget to roast your seeds! They make a good topping, or just a snack. You can use just about any seasoning you like: garlic powder, cayenne, cajun, curry, parmesan, or just salt and pepper...experiment! Just toss them with some oil and seasoning, spread them on a cookie sheet and roast in a 300 degree oven for about 45 minutes or until they look brown and crispy.

Posted by Unknown at 9:33 AM No comments:

Why Free Spirits and Flower Children Always Start the Revolution!

I won’t reiterate all of the things we already know and mostly agree upon. Corporations rule the world both first and third, with government puppets. They have imposed a culture of capitalism and in turn produced class warfare. The industrial drive to progress and produce has reaped irrevocable havoc upon our planet; Earth.

However distant the insane monarchies of middle age Europe seem, we are living in one. Despite illusions of evolution and democratic progress…we live under the tyranny of a handful of wealthy people. These elite have no connection to the working class, or the state of our cities, our oceans, our water, our families. They live in bubbles of Elysium-like purity.

We are even getting to a point where most of the people agree that the problems facing our economy and our planet are hand-in-hand. To get to this point, however, we must learn to see through the corporate veil.  As Pulitzer Prize winning author Chris Hedges states in a recent speech to students: “The corporate state rather feeds the thirst for illusion happiness and hope, it peddles the fantasy of endless material progress, it insists (and this is globalization) that our voyage is unalterable, decreed by natural law. It is part of the march of human progress and those who challenge this myth are heretics.”  This entitlement to progression is a curse, it is a mental illness which no person who values humility would ever justify. I say no. Human ‘progress’ is a myth; a linear path of existence is a model far too outdated and desperate to be replaced.

It falls to those who dare to be idealistic to envision parts of the future. It falls to those who care enough to seek an alternative; those who refuse to be a part of the destruction. That is bravery beyond measure. And, because today the problems are global, it is further requiring an element of universal care within all those seeking to change the system. And, in the face of such an all-consuming, greed driven, ruling class what better tool for change than love and peace? It is something industry does not understand. It does not understand it because it was made by people who fear the unseen, people who fear faith. Sounds strange…but faith is really the opposite of fear, it is a form of love. Not in any religious sense of that word, faith, but in the sense of taking that giant leap of faith in the face of fear. The hero of our human story takes that leap of faith because of love. Love for her people, her homeland, love for herself, her way of life, her culture, and her conviction of what is True.  At a risk of slightly over simplifying…We, the collective human that is our entire species, is now standing on that precipice.

It’s hilarious the juxtaposition of our culture. On one hand we have this monostory about a hero who defies all fear and impossibility in the name of love and goodness. He is altruistic and just and caring, the type of person all our politicians try to portray with their swagger. Yet, everything about our economy and our system shows a complete lack of that type of faith or love. There isn’t a C.E.O. on the planet who would take a financial leap of faith for the third world; and you’d be hard pressed to find a president who’d do that. It’s bad business to take such risks, and those who do, or even suggest something like giving stuff away are ridiculed out of the business.

Within this picture money represents our fear of faith. People hoard money because they fear that the Earth, their community, the government, will not provide what they need. It’s a safety net that seems insane to dismantle. When locked into a cycle of fear this deep, the only thing that can really bring people out is love. And, it HAS to come from both sides. People who have found a new way of life must learn to love people who ridicule them for it; they even have to start giving stuff away to these non-believers in an act of faith. Those who don’t believe in alternative forms of living have a responsibility to find love for people who are living alternatively and talking about it. Part of love is patience and an open ear; it is an initial act of faith to dare to dream.

Even popular culture reflects our disdain for those who ‘care’ in characters like Lisa Simpson who can’t catch a break, or through unfeeling characters like Peter Griffin of Family Guy who is quite obviously a sociopath. We have to bring back love in a big way and make it cool again to care. This is why flower children and free spirits always start the revolution. They aren’t afraid to have faith in each other, or to love without condition. What does the hero always learn once they leap? That the fear was an illusion to begin with and all you really have to do is take one tiny step to find out that there’s a bridge.

It is in people that we must place our faith, our neighbors, our schools, our forests, our farmers, our artisans, our homes, our families, our soils. You can love a corporation to death but it cannot love you back, it is a false entity created by the fearful to do nothing but protect its money, it is a dragon. Love for the people at the head of these entities, or those who make up the bodies of them is good. These people are slaves to their fear, working ever harder to support this dragon of consumption and illusory progress. Those who have detached from the fear entity can show others, through their commitment to undying and unconditional love, where to cross that bridge. Your time is over “dog-eat-dog” culture, it is the dawning of the Age of Aquarius when peace will guide the planets and love will steer the stars. 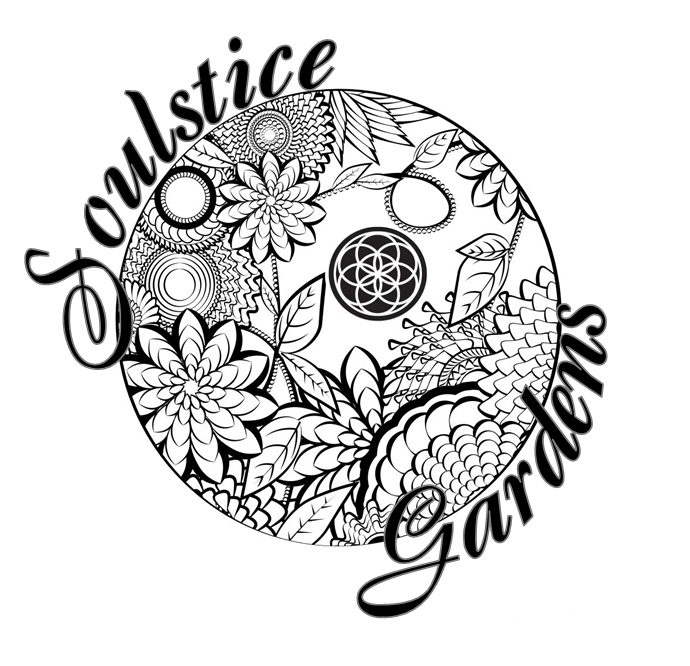